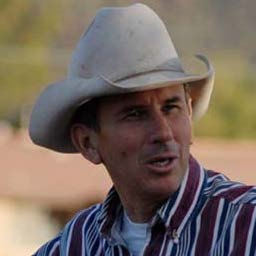 Russell True
Director, Chairman
The True family has owned the White Stallion Guest Ranch in Tucson since 1965. Mr. True is a former two-time president of the Dude Ranchers’ Association, former president of the Green Fields Country Day School Board of Trustees and former board member of Visit Tucson. Mr. True is one of the original investors and creators of Rillito Park Foundation. 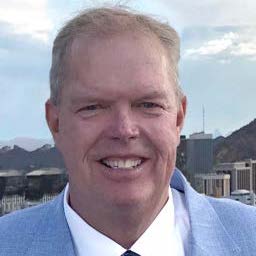 Ed Ackerley, Ed.D.
President
Since 1976, Dr. Ackerley has been an executive with Ackerley Advertising. For over thirty years, he has taught at the University of Arizona and Northern Arizona University. He has also held local and national leadership roles in the American Advertising Federation. He is Chairman of Coaches for Charity and was a candidate for Mayor of the City of Tucson in 2019 and is running for Mayor in 2023. 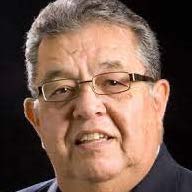 Frank Valenzuela
Vice President
Retired from the financial sector, Frank Valenzuela is a longtime supporter of Rillito Park, and is a civic volunteer including former President of Tucson Mexico Sister Cities and El Rio Health Center. 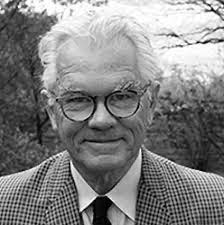 Jaye H. Wells
Past President, President of the RPF Advisory Board
Mr. Wells is a designer and developer whose portfolio includes historic preservation projects and museum work, as well as apparel design and manufacturing. He is a former Trustee and Treasurer of Green Fields Country Day School. He is Chairman of the Board of Heirloom Farmers’ Markets. 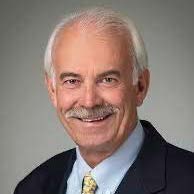 Bill Baffert
Originally from Nogales, Arizona, Bill Baffert and has deep ties to both Santa Cruz and Pima counties. He was raised with his three brothers and three sisters on the Baffert family ranch just north of the border and grew up raising chickens, cattle and racing quarter horses. After graduating from the University of Arizona, Bill embarked on a 40-year career in sales, marketing, and real estate. Baffert sits on the advisory board of the STEELE Pediatric Research Center at the University of Arizona. He has also served the Juvenile Diabetes Research Foundation as a board member and volunteer. A fluent Spanish speaker, Bill has been a member of Los Charros del Desierto for over three decades 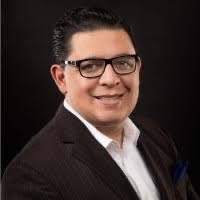 Roman Campuzano
Mr. Campuzano is an Account Executive at BBSI and is a public servant whose portfolio includes Hispanic market outreach, and commercial insurance and business credit. He is a former vice president of Tucson Hispanic Chamber of Commerce, Trustee of the Tucson Presidio and board member at the Arthritis Foundation. 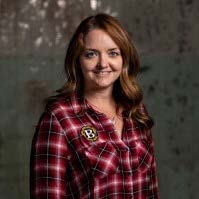 Jaime Dickman
Ms. Dickman is a marketing professional that specializes in brand programming, event planning, and corporate sponsorships. She is currently the CEO for Barrio Brewing Company. 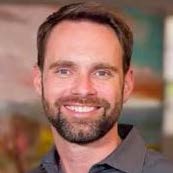 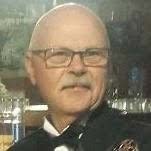 Dale V. Pederson II, M.Ed., FSA Scot
Mr. Pederson is President of Tucson Celtic Festival Association, retired Police Sergeant and Information Support Analyst. He is a Board member for the University of Arizona Public Safety Personnel Retirement System. He is currently a guest speaker in Celtic history at Pima College. 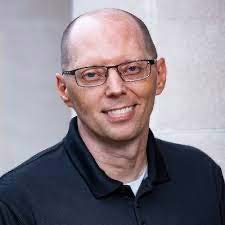 Jeffrey M. Ratje
Mr. Ratje is the Associate Vice President, Finance Administration Operations/Division of Agriculture Life and Veterinary Sciences and Co-op Extension at the University of Arizona. In his role on the board, he represents the University of Arizona in the Memorandum of Understanding between the foundation and the University. As Vice President he provides business and administration duties to support academics at a world-class institution that benefits the sustainability and expansion of the missions of instruction, research and public service 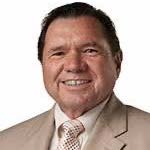 Robert Villamana
Mr. Villamana is a retired partner with the Tucson law firm, Waterfall, Economidis, Caldwekk, Hanshaw & Villamana, P.C. He has a long history of working with charities, including six years on the board of the Boys & Girls Club, the advisory board of Big Brothers Big Sisters and Youth On Their Own. 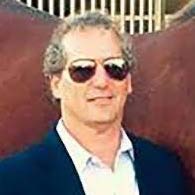 Michael Weiss
Ex Officio, General Manager and Liaison to the Racing Industry
From 1996 to 2010, Mr. Weiss served as General Manager of Beulah Race Track. He is a former Board member of Equibase and the Thoroughbred Racing Association. In 2006, the University of Arizona awarded him the John Goodman Alumni Award for his contribution to the racing industry. Mr. Weiss is appointed as a Career Coordinator and Counselor at the University of Arizona Race Track Industry Program (he has informally provided that services informally since coming to Tucson). 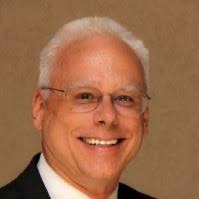 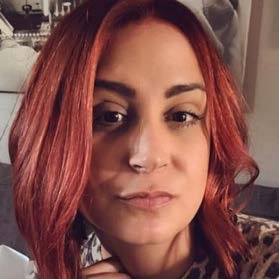 Jamie Cortese
Director of Food and Beverage
Ms. Cortese has been in the food and beverage industry for over two decades. She began her food and beverage career at entry level positions and worked every position including server, bartender, shift lead, manager and supervisor. Her true passion is organizing and setting up businesses for success including freshly opened venues organizing and creating full beverage setup and distribution systems. Ms. Cortese serves as Director of Food and Beverage overseeing a staff of 100 during racing season and assists the Director of Customer Experience/Operations in advertising sales, marketing and human resources coordination. 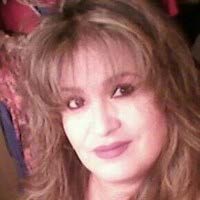 Elisa Tapia
Director of Customer Service, Parking and Security
Ms. Tapia is a native Arizonan, raised in the mining town of Morenci. She and her husband relocated to Tucson in the mid 80s raising four sons. With no prior horse racing experience, Elisa came to Rillito as a Parking Manager in 2019. Since then, she has managed parking and admissions and assisted in various operational decisions at Rillito. Ms. Tapia is an Associate Implementation Coordinator for Learning A-Z, an education technology company dedicated to expanding literacy through designed resources. Prior to this, she worked the past 18 years, as the Special Events Manager in Parking and Transportation for the University of Arizona, retiring in 2020. Ms. Tapia also manages parking and staffing for many community major events throughout the Tucson area including events held at Kino Stadium, the Cologuard Classic Golf tournaments at Tucson National, and volunteers for the COVID vaccination sites at UA. Ms. Tapia has experience in banking, payroll, accounting, business management with a strong background in customer service. 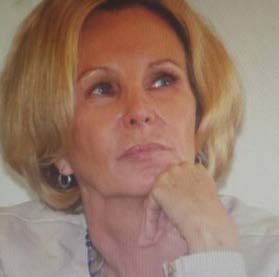 Cass Dewey
Hospitality
Rhonda, or as most people call her Cass, Ms. Dewey has been Head of VIP services at Del Mar and Sacramento International Horse Shows for the past 12 years and also works at the Colorado Horse Park the last 27 years as a Night Steward. Ms. Dewey has also been in charge of VIP services for the past 16 years at Rillito Race Trak. She worked 12 years in Mutual Services at Arizona tracks and was a licensed trainer in AZ, ID and NM. Ms. Dewey has operated her horse facility for about 40 years with constant lay ups, sport horses and rescues. Currently she is the owner and operator of Desert Oasis Rescue that focuses on post racing rehab, retirement, retraining and rehoming of Thoroughbreds. 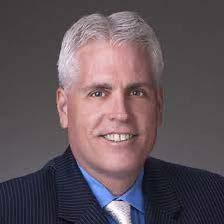 Kevin Marshall
Kevin Marshall has been a CPA for 30 years and owns his own virtual CPA firm. He has taken on many business ventures including starting and selling a bookkeeping business and starting a bed and breakfast from scratch that became one of the top grossing B&B’s in New England. Mr. Marshall has received honors and awards including Money Magazine’s ‘People to Watch’ and Hartford Business Journal’s ‘40 under 40’. He has held the position of treasurer for many boards, and now helps manage the finances of Rillito Park Foundation. 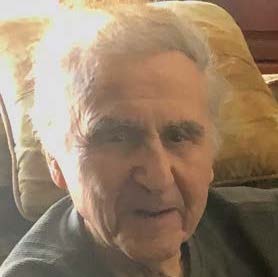 Frank DeFazio
(1929-2022)
Frank DeFazio was born in New York on October 3, 1929 at passed away on October 30, 2022 at the age of 93. Frank was a businessman, former overseas staff member of the United States Defense Department and racetrack manager in Florida and Arizona. Frank adored his wife Julie and established an endowment for her at the University of Arizona. Frank often spoke about his family in New York, his childhood memories, his time in Pensacola, his move to Arizona to run tracks in Phoenix and Tucson and his stint overseas running officer’s clubs. One of the founding members of Rillito Park Foundation and manager of Historic Rillito Racetrack, he was part of the group responsible for listing the Rillito Historic District on the National Register of Historic Places. Frank was an intense presence at Rillito Racetrack, the Farmer’s Market, and was the track’s number one ambassador.